Skip to main content
By clicking Accept you agree with our Terms of Service and how we collect and protect personal data. Learn More...
See Everything That Comes With Your Account And Learn How You Can Contribute To FreeConferenceCall.com 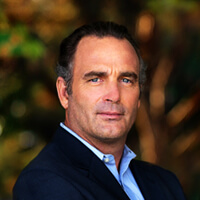 David Erickson is the Founder of FreeConferenceCall.com. His simple ideas and deft execution have transformed the telecommunications industry to better suit the needs of consumers and businesses worldwide.

Dave founded FreeConferenceCall.com on the simple principle that collaborative communication should be available to everyone, both affordably and efficiently. He purchased a $10 URL, which sparked the first viral movement in the telecommunications industry to support free conferencing around the globe. Today, FreeConferenceCall.com offers HD audio conferencing, screen sharing and video conferencing with up to 1,000 participants for free. The company has become the largest and most recognized conferencing and collaboration brand on the planet - boasting roughly 40 million users across 160 countries each month.

Since launching the company in 2001, Dave has stayed focused on technological development and change. He was named “Innovator of the Year” by VON for pioneering high definition conference bridges at FreeConferenceCall.com. Under his leadership, the global company has won numerous awards, including the national “Best & Brightest Best Companies to Work For” and a Gold Stevie Award® for Customer Service Department of the Year in Telecommunications category. Dave is a frequent speaker at leadership conferences around the U.S. and has appeared on national radio, television and such business news publications, including Entrepreneur, Inc., Forbes, Fox News and USA Today.

For the best user experience we recommend that you upgrade your browser using the provided links below.


I understand it may not be compatible continue using this browser